On Dec. 4, after our matinee performance of Copenhagen, the audience gathered on the stage and in the front rows to discuss the historical and ethical implications of the 1941 meeting in Copenhagen and the way that the playwright presents it. 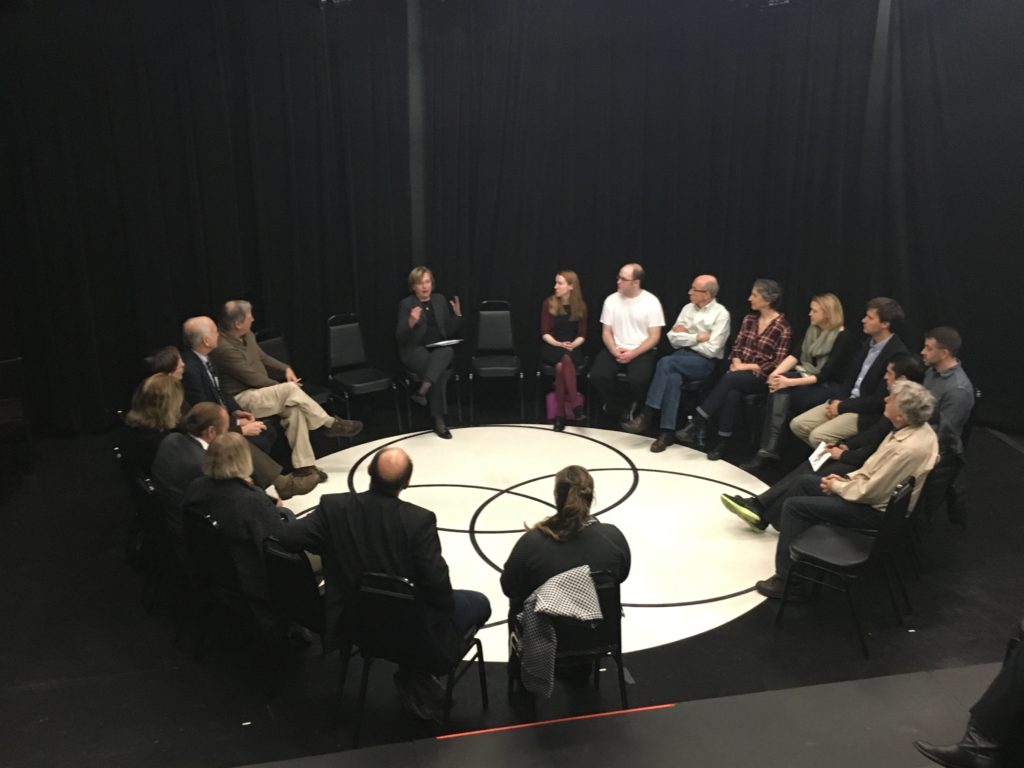 Georgetown University professor and historian of science Kathryn Olesko started off the program with some background on the meeting between Niels Bohr and Werner Heisenberg and the disagreements among historians on what may have taken place.

“Was Heisenberg a moral person?” and “What does this play suggest about the ethics of nuclear weapons technology?” were among the questions that Olesko put to the participants. Audience members shared their views on such things as how other physicists have viewed Heisenberg since the war, the ability or inability of scientists to be more adept at making moral decisions than anyone else, and the meaning of the last lines of the play. 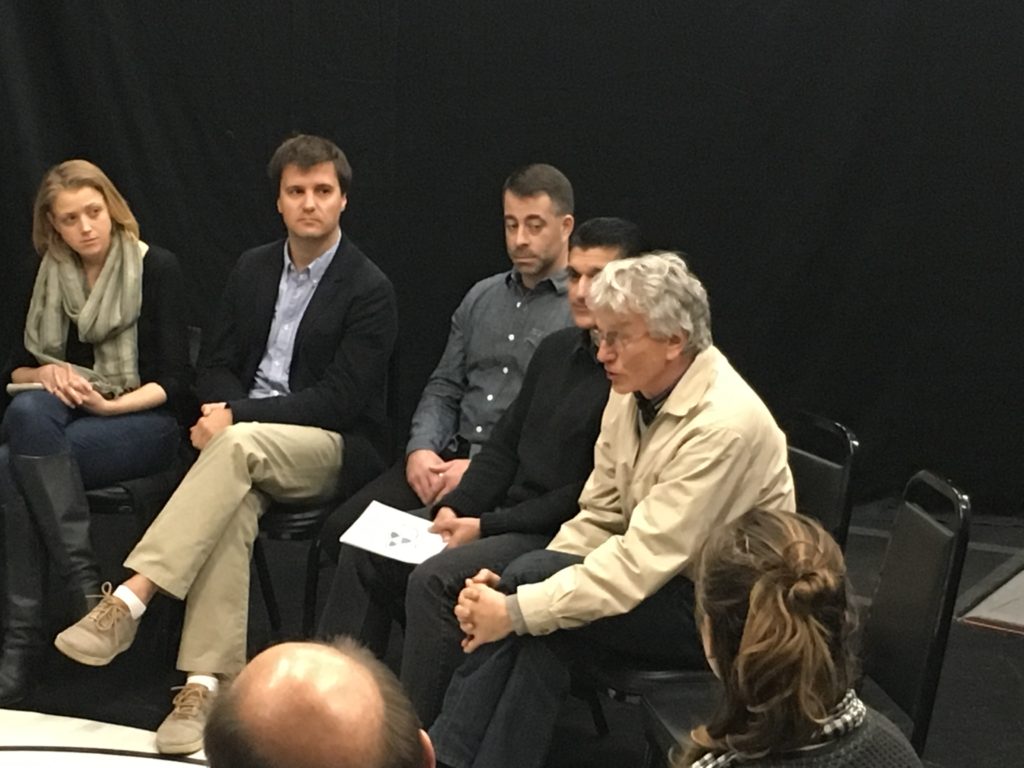 As director of the play, it was fascinating for me to hear everyone’s reactions to the show and their thoughtful analysis of the characters. Their responses to Olesko’s additional context and questions combined personal feelings about the themes with references to other historical or scientific sources. 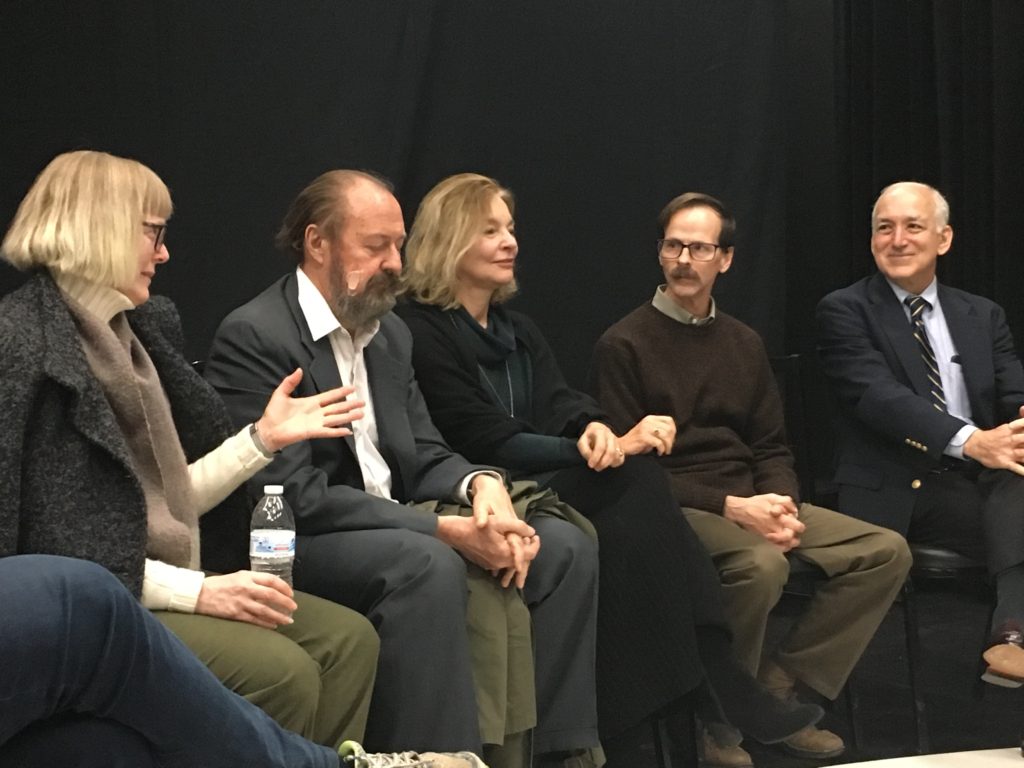 I was left feeling that this is exactly the kind of intense engagement I’d love for Perisphere Theater to offer with future productions. Thank you to everyone who participated! 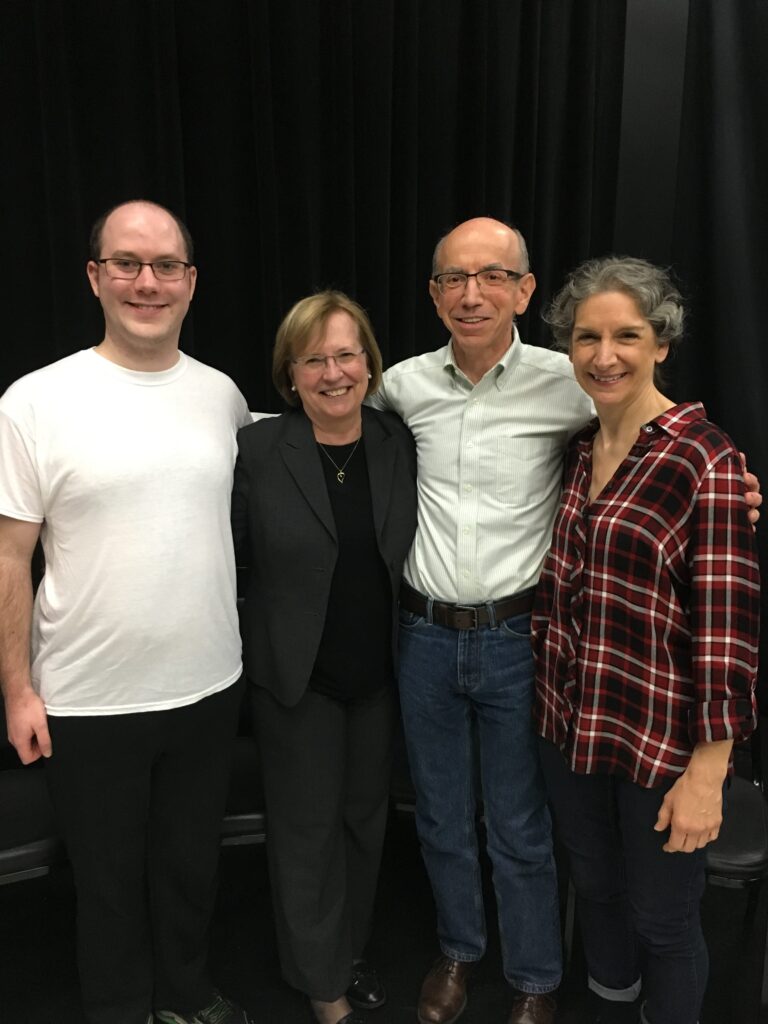